Of all the film studios, Disney are surely one of the most prolific of all time at producing timeless classics (and John Carter). With the impending release of their 53rd (or 52nd in the UK as 2011s Winnie The Pooh does not count here) classic in Frozen now seems like a good time to count down my personal top 10 of the ‘classics’. We all remember the greats but the list of all 53 so far (http://disney.wikia.com/wiki/Walt_Disney_Animated_Classics) reveals some that have been forgotten for a reason, proving that The House of Mouse has been as inconsistent as anyone else.

We of course all have our own personal favourites, and these may partly depend on the ones that were around when we were growing up, but they are films we all love just as much when we are all grown up. Well, after some serious and lengthy deliberation, here is my personal top 10, and please feel free to tell if you disagree. I expect the absence of The Jungle Book and Robin Hood to upset some; they did come very close though!

Shakespeare, but Disney style. The Lion King is for me not only the best Disney film, but would be in the top 100 films of all time. This is a good old fashioned tale that has everything; after being tricked into thinking he was responsible for the death of his father, exiled heir to the throne Simba returns to reclaim his crown from his treacherous uncle. The Lion King is a perfect mix of comedy, tragedy, great songs, a beautiful score from Hans Zimmer and a fantastic voice cast (Jeremy Irons as the bad guy? Oh, yes please!). And yes, it does still make me cry, and anyone who does not cry at certain points in this film has no soul! 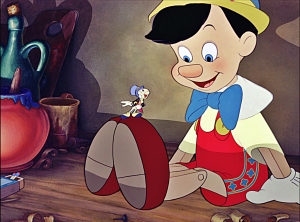 Only the second of the Disney classics, but still as great a story today as it was way back in 1940. The tale of a wooden puppet brought to life and his quest to become a real boy, and learning the virtues that he needs to demonstrate is a journey as emotional and involving now as it was when made. The hand drawn animations, (especially the scenes in the water involving a very angry whale) still stand up beautifully, competing with any of today’s digital animation. The story itself may not be as dark as the original but still goes to some surprisingly dark places for a children’s film as we see children gradually turning into donkeys for bunking off school. 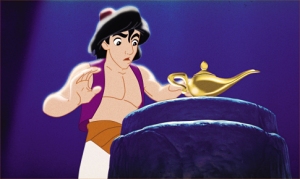 Disney had a true purple patch in my view in the early 90s (as this chart will prove) and the classic tale of a street urchin who accidentally finds a lamp containing a genie who can grant three wishes is a rip roaring adventure story. With constant action, comedy, memorable songs and great characters from start to finish, as well as an on form Robin Williams (back when he was funny) as the genie, Aladdin is classic Disney adventure at its very best. One problem though that bugged me even as a cynical child, would someone who has been a street urchin all his life really have such perfect teeth? The two straight to DVD sequels are also pretty good too.

Disney’s take on the classic tale of the hunchbacked bell ringer of Notre Dame Cathedral who falls in love with a gypsy woman and just wants to just be accepted in the world is in my view a powerful and slightly underrated story. This is a film that is quite dark at times and contains some truly horrible scenes when Quasimodo is taunted, at its heart this is a moving tale of acceptance and tolerance. There is also plenty of comedy to break up the intensity provided mainly by the stone gargoyles that come to life. The Hunchback of Notre Dame also has some great songs and a truly powerful operatic soundtrack.

Disney definitely had a peak in the early 90s, this time taking another classic tale and producing a spectacular and timeless film. The story of a vain prince being turned into a beast and then having to learn the meaning of true love by convincing a woman he falls in love with to love him back is beautifully animated with some truly breathtaking scenes. This is not just a love story, there is plenty of adventure and colourful characters (the Beast’s servants all being turned into furniture being a true master stroke), a great bad guy in Gaston and as usual, some great songs. Though one question: What did they do for furniture and cutlery beforehand? Or, what did they do with it all? Well, as we all know how it ends I certainly hope it was stored somewhere safe.

Their most recent offering has to surely be one of their best? Though having a big budget and digital animation, this story of a computer game’s bad guy wanting to be the hero for once and get a ‘trophy’ still has all the characteristic of what make Disney films so timeless and for viewers of all ages. Yes it maybe a little Toy Story with computer game characters, but it is still such a great concept that it would have been hard to mess this film up. The result is a funny and enjoyable film with real heart at its core, with John C. Reilly’s voice perfectly suited to the title character. What made it even better for older viewers like me, and gamers (also like me) was the subtle references to games of the past. It would have been so easy to overdo these and ruin it, but the balance is pretty perfect in my view. 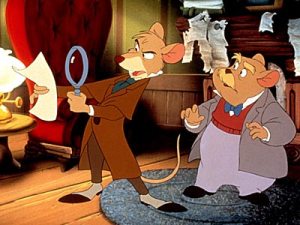 There seems to be quite a trend of making adaptations based on Baker Street’s most famous resident at the moment, well for me Disney’s underrated 1986 interpretation is still up there as one of the best. London of course has a huge rodent population, and living below the flat of the great Sherlock Holmes is a mouse by the name of Basil (also a bit of a sleuth). When he is persuaded by the daughter of a toyshop owner to investigate her father’s disappearance, it leads him to a case that threatens the very Queen of England (well, the mouse version) and at the heart of it is the evil professor Ratigan (yes, a rat, voiced by the great Vincent Price). This is a great tale, and it is most certainly not afraid to go as dark as the certificate will allow in what is an action packed finale that could teach Guy Ritchie a few things. 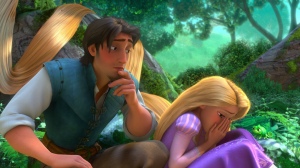 After a lean decade, many questioned whether Disney’s apparently dated approach would ever be able to compete with the likes of Pixar. Well, one solution was to buy Pixar in 2006, and then The Princess and Frog came out in 2009 which went down well, but it was 2010s Tangled when Disney truly got it’s mojo back. This re-imagining of the Rapunzel tale feels fresh, but also has all the usual trademarks of a classic Disney fairytale. With great humour, memorable characters, catchy songs and just the right amount of cheese, Tangled is not too far from the great Disney films. Also, this is one of the few films I saw in 3D and was actually glad I did.

Criminally underrated in my view, this dark and moody tale admittedly may not appeal to all, but is a great old fashioned mystical adventure story. There are no songs and far less humour than other Disney films, but there are great characters, superbly crafted animation and a great voice cast including John Hurt, Nigel Hawthorne and John Huston. It may be perhaps a little slow to get going and there are the inevitable cheesier clichéd moments at the end, but otherwise The Black Cauldron is up there with the best of them for me.

This story of two animals, who though childhood friends, are forced to become enemies when adults is a heartbreaking and emotional story based around the simple themes of friendship and loyalty. It is a simple premise, but in the case of The Fox and the Hound less is most definitely more and it is surely impossible for anyone not to be moved or have a dry eye during this film. The scene when these two best friends are separated I always found particularly heartbreaking.