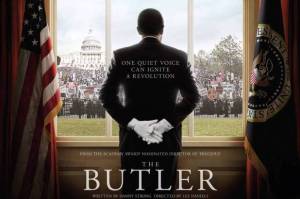 After growing up as a cotton field worker in America in the 1920s and witnessing the cold blooded murder of his father, Cecil Gaines (Whitaker) trains as a domestic servant which eventually leads to him working as a Butler at The White House. Working there for 34 years he works during the administrations of eight different Presidents through some of the most turbulent and dark moments in America’s history. He serves as an often passive observer to the continuous developments in the civil rights movements, of which his oldest son (David Oyelowo) was a part of and the Vietnam War of which his younger son (Elijah Kelley) fought in.

If I’d have managed to catch The Butler (or Lee Daniel’s The Butler as it is apparently supposed to be called now, but I cannot be bothered) at the cinema I would have been most certainly expecting this to feature heavily in Awards season. However due a strong year and blind love for David O’Russell both this and Mandela: Long Walk To Freedom hardly featured. I am sure Lee Daniels and the Weinsteins (!) are very disappointed as The Butler was made with Oscar in mind. Maybe not solely, but all those involved certainly saw those gold statuettes on the horizon in their eyes.

This is not to say in any way that The Butler is just throw away Oscar fodder, it is a very watchable and well acted drama that does take in its narrative some huge historically significant moments of the 20th Century. Though it does verge on patronising history lesson at times, due to the sheer emotive power of these fairly recent historical events there is still great power within the film. It is of course based on the true story of Eugene Allen, and I am happy to admit that I have no idea what is fictional and what is not within The Butler, (though I believe the subplots of his sons are completely fictional) and thought there are clichés aplenty, it is still a solid drama.

What serves The Butler particularly well (pun very much intended) is the superb performances.  Forest Whitaker gives a charismatic and heartfelt performance as the protagonist. He is an incredible screen presence throughout capturing the plethora of emotions that Cecil goes through yet often has to repress. It is the (largely fictional) story of Cecil’s family that provides the emotional involvement to this history lesson and admittedly the paths his sons (particularly his oldest) take provide the emotional involvement necessary of these historical moments. Though they do at times feel a little too convenient in terms of narrative developments they certainly provide emotional engagement, as though these are fictional characters, what they experience in the film was very real for so many people and therein lies the true power of this story. Lee Daniels often uses real footage of these significant moments which, though verge occasionally on preachy or patronising still are undeniably powerful.

There was also another reason I mentioned Mandela: Long Walk to Freedom earlier; both that and The Butler in my view try to cover so much significant history in their running time that in my view they almost compromise the power and significance of these individual historical moments. The Butler has to cover a huge time span and so in my view never gives the viewer the time to reflect on these moments as we are quickly rushed into the next president’s administration which we are told of in a sub-heading, which is again a little patronising.

For the casting of the various presidents Daniels has managed to persuade a list of big names to appear and they are all decent in their roles but a little distracting. For me the most engaging scenes are either Cecil’s scenes at home with his wife (Oprah Winfrey – excellent) and sons or at work with fellow Butlers Cuba Gooding Jr. and Lenny Kravitz (also both surprisingly excellent) and the developments in Cecil’s relationships with these characters over the years. There is in particular for me one stand out scene near the end when Cecil is actually a guest of the president at a dinner party, though of course I do not want to say anymore.

As the film enters its modern day conclusion and the election of Barack Obama it all gives nice neat closure to the film, but does admittedly feel a little contrived. Thankfully having invested all this time in following both Cecil and his family, though verging on over schmaltzy, it is still genuinely moving at times.

While The Butler is undoubtedly clichéd Oscar fodder that verges on patronising history lesson, thanks to some great central performances it still serves as a very watchable and at times powerful drama, and an (admittedly rushed) document of some of the significant moments in American 20th Century history.