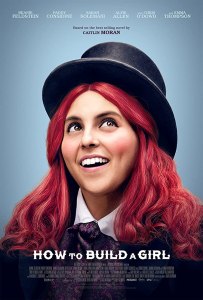 Fed up with her life on a council estate in Wolverhampton, teenager Johanna (Feldstein) attempts to become a music journalist, but as she finds success, she discovers that comes at a price.

I have taught myself to be very wary of coming-of-age films, as not only are there so many of them, but as they are films that are supposedly about a key part of someone’s lifetime they all just to tend to rely on lazy contrivances and clichés and assume that as we were all teenagers at some point that will be enough for us to relate to the main characters, and because we are all stupid that we will just forgive the lazy writing. There are of course some extremely good coming-of-age films, but in my experience they tend to go for very specific angles and a have a very focussed approach, and this also leads me to be extra wary of art house or indie ‘coming of age stories’ (such as the hideously overrated Ladybird ­­­– which of course also starred Feldstein) as they often demonstrate an excruciating level of smugness and think that throwing in some supposedly cool and witty lines will be enough to make up for the film’s narrative flaws. These films often have an arrogance that basically state that it is the viewer’s fault if they cannot relate to the protagonist – well in my view it is very much the fault of the script if the viewer cannot do this, as if a film is written well enough then viewers of all ages should be able to relate to and empathise with the protagonist on some level, especially one that seems to take itself as seriously as How to Build a Girl.

Well, that for me is one of the main problems of How to Build a Girl; while I think it is fair to say that we can all relate to the whole ‘being a teenager with ambitions and dreams’ cliché, but it is increasingly difficult to relate to or care about the protagonist of Johanna Morrigan as the narrative progresses. As the story goes along Johanna develops increasingly narcissistic characteristics without any actual redeeming features to justify this or make them at least a little forgivable, while those around her do seem to forgive her very easily just because she gets a bit upset – all at the convenience of the narrative.

What does not help is the slapdash and contrivance-ridden narrative’s casual use of supporting characters; Moran’s script seems to think throwing in some witty lines in is enough to make the film ‘quirky’ and therefore the flaws of its protagonist-driven (not to mention painfully conventional) narrative forgivable, and while there are certainly some very amusing lines and great references to 90s culture, it is just not enough to stop the film from becoming increasingly alienating, especially as they tend to be delivered with a level of misjudged smugness. The supporting characters are indeed far more interesting than the protagonist, but are only used to serve narrative functions, rendering their potentially interesting characteristics to seem to be there for purely cynical reasons. While there are some very lazy and obvious observations on journalism and the magazine that Johanna works for in the most contrived of circumstances (its name is of course very close to an actual music magazine) and how the whole point of musical journalism is to be nasty about everyone except a small group of ‘elite’ acts.

The performances do often elevate the lacklustre material; though Beanie Fieldstein’s attempt at a Wolverhampton accent are certainly admirable, it can be very hit and miss (especially when she has to deliver the more emotive or dramatic lines), but there is certainly no faulting the enthusiasm and charisma in her performance – it is just a shame she was not given a script to match. The supporting performances are also excellent, especially the always excellent Paddy Considine as Johanna’s father, Sarah Solemani as her postnatal-depression-suffering mother Angie and Laurie Kynaston as her gay brother Krissi. They are characters with potentially very interesting backstories, and while I appreciate that Johanna is the protagonist, the narrative’s use of these characters and their particular characteristics is unforgivably casual. Johanna also has posters of various literary heroes of hers on her wall that come to life and talk to her, and these are played by a plethora of famous British faces – but while this provides some mildly amusing moments, it once again just feels smug, self-indulgent and lazy. 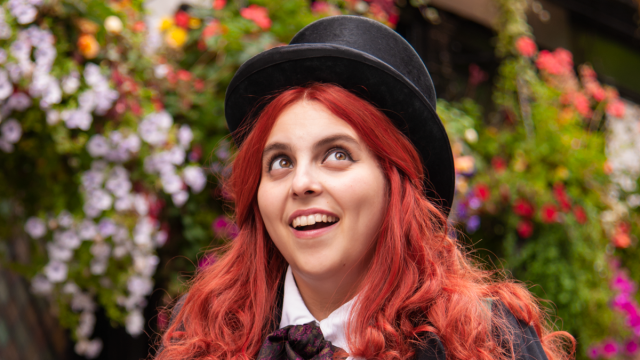 As the narrative progresses the protagonist of Johanna becomes increasingly difficult to like and at the same time the narrative developments become increasingly contrived and rushed, often making How to Build a Girl a quite alienating experience. I must admit that I have not read Catlin Moran’s original book and of course I have no knowledge of the ultimate control she may have had over her script, but (with the exception of soem witty lines) her obvious wit and undoubted writing abilities feel remarkably absent from the final script, and therefore for me How to Build a Girl has to go down as a disappointing waste.

Despite a promising start, How to Build a Girl fails to utilise both this and the great performances to produce a film that has some good moments, but thanks to its lack of narrative focus and heavy reliance on contrivance, just descends into alienating mediocrity