There were so many great films that I felt a top 10 just was not enough, but then a top 20 seemed to dilute the status of a rundown of the very best, so I compromised with a top 15. I have of course not been able to see every film this year and there may well be some great films that would be on this list had I been able to watch them, but each one of these films left some kind of unforgettable mark on me and I cannot recommend them highly enough to all film fans.

As Bruce Robertson would say: “the same rules apply”, and as always the simple basis for films qualifying is their UK cinema release being in 2015. Yes, that may mean some Oscar films from the beginning of the year that many regard as 201 films are included, but they deserve to be here and could not be in my best of 2014 list for obvious reasons, mainly as I had not seen them then.

By far the most expensive film on my list, and though some of the blockbusters came close, for me this January release still emerges as the best action blockbuster of the year. Matthew Vaughn injects the same swagger and energy into his riff on the spy genre as he did on the superhero genre with Kick-Ass to create a hilarious, action packed and enjoyable action romp.

On the surface Alex Ross Perry’s film about a self-centred writer may just seem like an unlikeable pretentious film about unlikeable pretentious people, but it is far more than that. With two exceptional central performances from Jason Schwartzman and Elizabeth Moss, Perry skilfully uses the personalities of these characters and some of their more unlikeable characteristics to confront us with our own personal flaws and asks us some very pertinent and personal questions about who we are, making for a very personal (if sometimes slightly uncomfortable) viewing experience.

Andrew Haigh’s film about a revelation that threatens to tear apart a 45 year marriage is as intelligent as it is engaging. With two exceptional lead performances and Haigh’s unique, raw approach skilfully avoiding schmaltz or cliché, 45 Years is a deeply moving and unforgettable film.

A stunning audio-visual experience; Whiplash is a film that deserves to be seen on the biggest screen and through the loudest speakers possible. Some elements of the story are a little contrived, but thanks to two exceptional performances and the fact it is so well made, Whiplash is a raw and unforgettable blast of pure cinema. 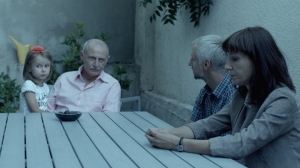 This exceptional Bulgarian drama is so engaging and unforgettable because it is raw and personal. Like the best work of Ken Loach or the Dardenne brothers, it is a film that throws you head first into a very real and believable situation, thanks to this and a superb leading performance it makes the viewer question what they would do in a similar situation, and emerges as a deeply engrossing and unforgettably tense drama. 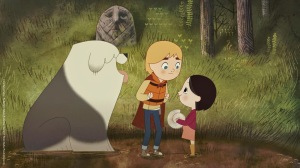 A stunning animated film that will capture the imagination of viewers of all ages. The animation is stunningly beautiful and immersive, and story itself takes on some very powerful themes. Song of the Sea is pertinent proof that filmmakers do not necessarily need the big bucks of Pixar or DreamWorks to create emotionally engaging animated films. 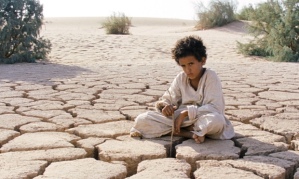 An unforgettable coming-of-age tale that is an epic adventure film despite being only 100 minutes long. Not only is Theeb stunningly shot by Director Naji Abu Nowar, creating an appropriate atmosphere, but he also skilfully writes with subtlety to let the silences, expressions and body language of the characters tell the story and create a deeply engaging film. 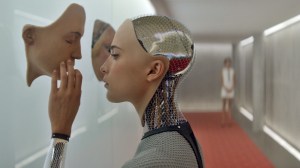 Alex Garland’s directorial debut is a stunningly put together, intelligent and engrossing sci-fi thriller from start to finish. With three exceptional lead performances, Garland’s film examines some very topical themes and deeply interesting ideas with intelligence, and presents them with extreme skill to produce a film that engrosses from its start to its unforgettable ending.

Not very often do you get two films in one year named after the same type of citrus fruit! Well, not to be confused with Tangerine (with I have heard is indeed excellent, but I never got a chance to see it), Tangerines is an unforgettable drama that contains a simple message at its core, but this message that questions the point of war is never over emphasised. Instead, how the film presents this message produces an emotionally involving and deeply moving story, and in only 86 minutes!

A very challenging, intelligent and unforgettable Swedish film that attempts to depict the mind set and subconscious of someone who has lost their sight. The film plays tricks on us just as much as the other remaining senses of the protagonist play tricks on her, and director Eskil Vogt takes advantage of the fact film is a visual medium to make for a unique and unforgettable visual experience that will linger long in the subconscious of the viewer.

6. The Duke of Burgundy

Peter Strickland is one of the most exciting and unique directors working today, and The Duke of Burgundy is just as visually intoxicating as his previous films. Despite the main plot on the surface seeming to be exploitative, beneath this is an engaging and intelligent story that takes on some very relatable themes, and the stunning visual and complete presentation of the story make for an unforgettable visual and genuinely engaging experience.

Films often have intertwining stories in their narrative and how they are linked together is tenuous at best. Well, Wild Tales has six different stories told separately and what links them is that they are about one central theme; revenge and just how this emotion can make us commit extreme acts. Each of the six tales are very different in visual style, length and their tone, but are all exceptionally put together, fully justify their length and are all absolutely hilarious. Some tales are pure slapstick, while some go for far more unnerving subtle comedy, but all most certainly are at the darker side of the comedy spectrum. Each tale is memorable in its own unique way, making Wild Tales not only one of the best films of the year, but most definitely THE funniest.

A unique and unforgettable film; Ruben Östlund’s film is a stunningly put together and deeply intelligent examination of the supposed patriarch questioning his role within his family unit and as a man, what society expects of him. It is stunningly shot and the dark, subtle comedy makes it an unforgettable film in which repeat viewings only reveal more rewards.

Every superlative that can be used to describe Birdman has already been repeatedly used, but it is undoubtedly a modern masterpiece that only gets better with repeat viewings. Every aspect of the film, from the note-perfect performances to the technically impressive camerawork to the labyrinthine setting make for a film that works on so many levels and takes on so many themes and ideas.

1. The Look of Silence

I am happy to admit that I have only seen both The Look of Silence and its 2012 companion piece The Act of Killing just the once, but do not feel the need to see them again any time soon. The primary reason for this is that I can remember every key moment of both those films so clearly it is as if I only saw them a few hours ago. That is solely down to the unique, authentic power of these films that director Josh Oppenheimer has put together. The Look of Silence examines the horrific Indonesian genocide from a far more personal point of view as one man meets those involved with the brutal murder of his brother, and it is through these interviews we get an insight into the mind set of killers in a way that fiction films could not even attempt to get near to. This is not only exceptional film making, but it is also very brave filmmaking from all involved and crucially important filmmaking that shows that the medium of film can do many things and is not just a form of entertainment.