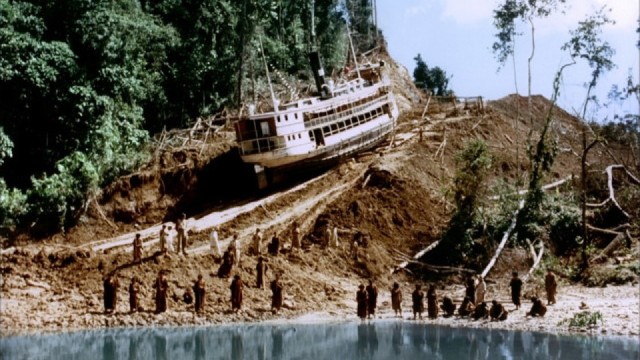 There is certainly something very emotive about the sea and the feeling of helpless isolation this can bring. This can be a very useful cinematic tool and is one that has been used throughout the history of cinema, whether it is used to explore the isolation and helplessness of being out on the open ocean, or the claustrophobia and inevitable tensions of a group of characters being stuck together in the same confined space for an extended period of time.

This is of course a list that only consists of films that I have seen, which may explain the exclusion of some films that others may consider to be obvious choices, but also the order of this rundown is certainly not an exact science; it is basically a combination of how much I like the film, how much of the narrative is set on the boat in question and how much of an individual character within the narrative the boat is.

I expect many may be surprised to see Titanic excluded from this list, and as much as it is of course one of the most famous boats in history, one of the most important qualities that a film requires to feature in my top 10 is that I actually like it and would recommend it to others. Well, I would not recommend James Cameron’s self-indulgent, laborious schmaltz-fest to my worst enemy!

Other honourable mentions (in no particular order) that are worth watching: Triangle, Donkey Punch, Crimson Tide, Dead Calm, 1492: Conquest of Paradise, U-571, K-19: The Widowmaker, Black Sea, All is Lost, The Boat That Rocked, The Perfect Storm, Captain Phillips, Battleship Potemkin and most definitely NOT Speed 2: Cruise Control!

In what is surely his finest hour, Steven Seagal plays the lone Navy Seal on board a ship stuck in the middle of the ocean that is taken over by corrupt Navy officers and terrorists lead by Tommy Lee Jones and Gary Busey. Seagal has to singlehandedly take them all down by himself, and without his lucky pony tail! Slick and brutal violence ensues in what is a very enjoyable action romp that makes good use of the film’s setting. At least they didn’t make a sequel that was set on a train – that would be stupid! 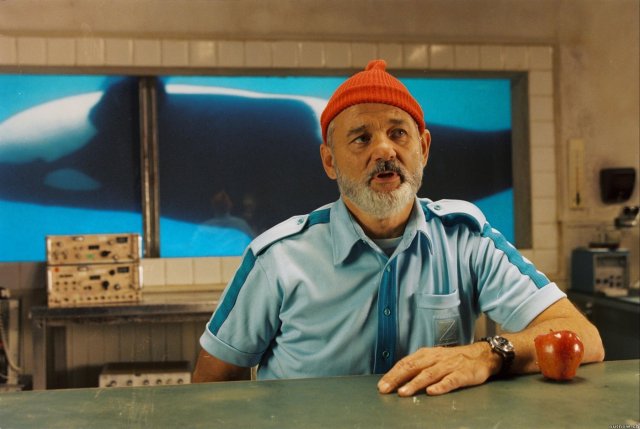 Though perhaps not one of Wes Anderson’s very best films, this parody of / homage to Jacques Yves-Cousteau is still a very enjoyable comedy thanks mainly to a superb leading performance from Bill Murray as the oceanographer goes on a voyage to hunt down the rare shark that killed his friend. This being a Wes Anderson film the set design is wonderfully crafted, and the Belafonte is very much a character within the film, often shown as a cross section as the camera weaves from one room to another.

This taut, tense and expertly crafted Danish thriller about a cargo ship that is hijacked by Somali pirates came out at a very similar time to Captain Phillips, so this may explain why it was slightly overlooked at the time – but is in my view a superior film. The narrative is split between the crew on board the ship that have been taken hostage and the firm’s CEO trying to negotiate their release.  The tension never lets off from start to finish with Lindholm capturing perfectly the claustrophobia and discomfort of the crew, while the scenes involving the CEO are superbly scripted. A Hijacking is at times as (intentionally) frustrating as it is engaging, but it is never anything less than gripping.

The first of Alfred Hitchcock’s ‘limited-setting’ films is a gripping and superbly scripted story of several remaining survivors of a torpedoed ship stuck on a lifeboat together in the middle of the ocean, and the they take on an additional passenger who happens to be from the German U-boat that sunk it. Very much a film of its time, Lifeboat proved to be very controversial at the time due to interpretations of its depiction of the German character, but it still stands up today as a gripping drama that captures perfectly the isolation and claustrophobia of the narrative’s setting and proves once again that Hitchcock is very much the master of cinema.

The Poseidon Adventure is one of the classic 70s disaster movies that takes the classic disaster movie narrative and places it on an overturned luxury ocean liner stranded out in the ocean.  Though it perhaps looks a little dated by today’s standards (but is still superior to the later remakes), it is still a thoroughly enjoyable film as the group of survivors played by an all-star cast try to survive and climb the levels of the submerging liner.

Ang Lee’s stunning film is a wonderfully visual and emotionally engaging experience, and for good measure has two boats that play a key role in the narrative! The Tsimtsum is the boat owned by the protagonist’s family that sinks in a storm and produces the main story of him being alone in the Pacific Ocean on a lifeboat with just a Bengal tiger for company. What ensues is an engaging, magical and emotionally charged story, with the wide-open and unpredictable ocean being very much one of the film’s main characters. 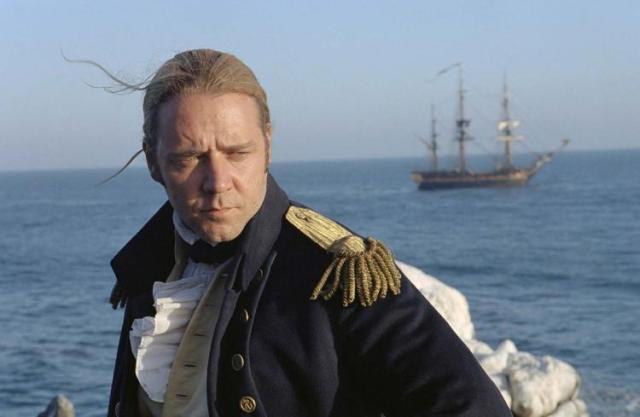 Peter Weir’s excellent epic unfortunately now has the rather unattractive tag of being a failed attempt at starting a franchise, this was due to it only having moderate box office success – though Russell Crowe did recently try to get a twitter petition to get a remake made. Russell Crowe and Paul Bettany are on top form as the ship’s captain and doctor respectively as they and their crew set out on their ship to pursue an against the odds pursuit of a supposedly superior French vessel. Master & Commander now has to be regarded as a bit of an underrated classic in my eyes, as it is an extremely well-made period piece that is not afraid to take its time and focus on authenticity (especially the set design) and character development instead of big set pieces, with the ship being as much of a key character as its actual crew.

Jaws can not only take credit for being the first ‘Blockbuster’, but it also has one of the most famous lines in cinema history that happens to include the word ‘boat’! We all know the story about a great white shark that wreaks havoc on a beach resort and the three characters that set out to hunt it down, and the finale that takes place on the Orca is a thrilling finale that still stands up against the CGI ridden films of today.

Wolfgang Peterson’s stunning epic tells the no holds barred story of the crew onboard a German U-boat and their various experiences. From moments of extreme terror to extreme boredom, the film tells its story and depicts the boat’s crew in a suitably matter-of-fact way. The performances and script are suitably naturalistic, while the camerawork and pacing capture superbly the extreme claustrophobia and moments of pure tension that the crew experience together, the extreme close ups of the characters and the sweat dripping from their faces can truly be felt when watching this exceptional film. 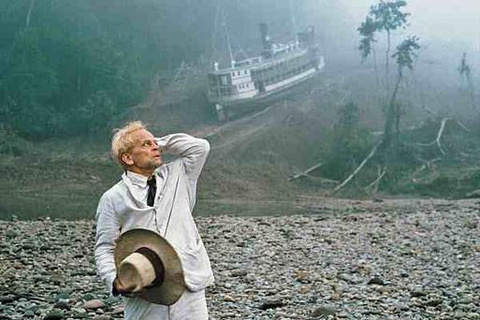 This may be a choice that will surprise some, but I would implore anyone yet to see Werner Herzog’s masterpiece to watch it, as it is a unique cinematic marvel. The plot centres around Brian Sweeney ‘Fitzcarraldo’ Fitzgerald (Klaus Kinski), who dreams of building an opera house in the Peruvian city of Iquitos, and he plans to fund this by claiming the one unclaimed area of rubber trees located on the Ucayali river (a major tributary of the Amazon). However, the river is impassable, and so he plans to sail along a river that runs nearby and then, with the help of enslaved natives, to physically pull his steamer ship over the steep, muddy hillside in order to get to the other river. How he manages to do with proves fascinating viewing, with Herzog making sure the film maintains physical realism.

So, though a vast majority of the narrative does actually not take place on the boat, it is very much a main character as it is essentially what drives the narrative due to the protagonists unfliching determination to phsyically get it over a hill. What ensues is a raw, intriguing and engaging film that (being Herzog) is not afraid to go to some very strange and fascinating places but is also an extremely satisfying watch.

Any suggestions of films that I may have missed? Please let me know