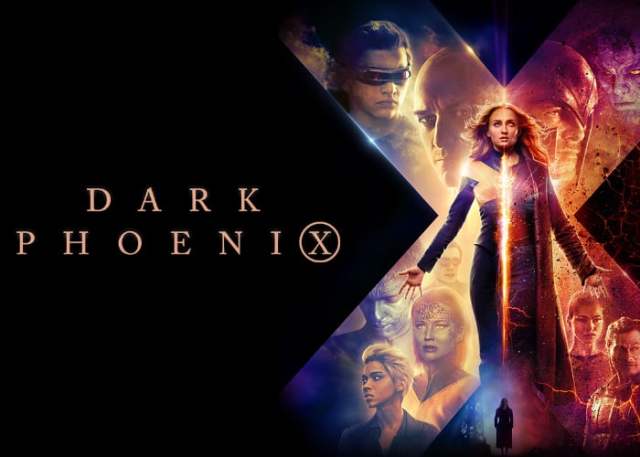 During a rescue mission in space, Jean Grey (Turner) is hit by a cosmic force that turns her into one of the most powerful mutants of all. Wrestling with this increasingly unstable and her own personal demons, she becomes not only a threat to the x-men, but to the entire planet. Now the X-Men must decide if the life of one of their own is worth more than all of humanity.

So, after just under 20 years, nine films (not including this one or the two Deadpool films) and recent studio mergers this is reportedly the last of this particular franchise of X-Men films. On this journey their have been some highs, some lows and some serious timeline issues, so no pressure then as they once again turn to a story that has already been used in the franchise (no, I have no idea where X-Men 3: The Last Stand – or indeed any of the first three films – fits into the timeline now, if at all?!?) and I believe to be regarded as one of the most popular stories about one of the most popular mutants.

The potential is certainly there, it is a great story arc that involves all the usual big and emotional themes that one would hope to see in the very best X-Men films, but alas it cannot seem to cope with this expectation, and so mainly down to a really poor script, some nonsensical plotting and the occasional inclusion of random action sequences, X:Men: The Dark Phoenix ends being one of the most forgettable (and admittedly disappointing) entries of the entire franchise.

As this is a Hollywood blockbuster and the plot means that the usual mutant villains are not actually villains (while though Jean Grey becomes quite a destructive force, she is just ‘troubled’ and ‘conflicted’) the audience have to be given some characters to boo and hiss at, so we get some nasty aliens with their usual plans of taking over our world. I have always stated that I regard the X-Men as my favourite comic book characters, and that is because the stories can offer for more complexity and take on some more serious and universal themes than just the usual basic nice heroes vs nasty villains nonsense. With all these troubled and conflicted mutants wondering around scratching their heads and figuring things out while the nasty aliens attempt to conquer our world (by manipulating the most troubled character) there is definitely potential for a mature, character-driven film with a good blend of cerebral discussion and the necessary scenes of where they blow up the entire film set.

Well, though we get the occasional scene where there is plenty of destruction, the plot predominantly fails to deliver on any of its potential. It is ultimately very difficult to be emotionally engaged with the characters or truly care about any of them, and this is mainly down to a very poor script which just fails to capture the supposed conflict that so many of the key characters are apparently feeling. There are also some half-hearted comments about gender inequality, but though this is once again a potentially interesting (and relevant) subject matter that could have given the film some substance, it just doesn’t.

Meanwhile some of the action sequences are admittedly quite fun (the aliens vs mutants on a train climax) others are just stupidly random (Magneto lifting an underground train from literally under the ground just to block the front door of a building while Beast starts jumping on cars) that they actually feel like they should be in a parody version, especially as no matter what is happening to the characters are lot of them still have perfectly maintained hair and makeup.

What keeps things just about watchable is not only the slight subconscious engagement and care that we have for these characters we already know very well, but also the great cast. Before The Avengers took it to another level, the X-Men films have given us some great ensemble casts in the past, and the usual names here deliver predictably solid and committed performances, elevating some very mediocre screenwriting. Franchise regulars James McAvoy, Michael Fassbender and Nicholas Hoult are all great, while those that first turned up in Apocalypse appear to have settled into their roles with ease. As Jean Grey, Sophie Turner is also excellent, perfectly showing her characters vulnerability and inner conflict. Also certainly helping things is franchise newbie and some unknown film composer called Hans Zimmer (!). It may not be as memorable as his scores for Nolan’s Dark Knight films, but it is a score that often packs quite a wallop and certainly makes what is quite a poorly executed and put together overall plot seem far more exciting.

X-Men: The Dark Phoenix is by no means a terrible film, and is admittedly watchable enough, but when considering the potential that is there from the source material being used and the acting talent on show, it has to be regarded as a disappointment.

If this is to be the swansong for the current X-Men franchise, then it is disappointing and forgettable one. The great cast do their best and some fun moments keep things watchable, but mainly because of the poor writing and plotting that fails to offer the emotional substance the initial concept should have delivered, X-Men: The Dark Phoenix will ultimately go down as one of the low points of the franchise.