Due to restrictions both in terms of time and money respectively, I have of course not seen everything and there may well be 2014 releases that I get round to watching in the first few months of 2015 that may well be as good in my opinion as the following ten films. One film that I expect may well have done is Boyhood, but lack of finances when it was shown at my local independent cinema and a retail release in the UK of 19th January means I simply have not been able to see it before the year is out. If someone out there wants to employ me to do this full time then I would make sure I see literally everything, but while it remains a hobby then there will always be films I miss.

In the words of Bruce Robertson: “the same rules apply”; as always to qualify for this list films simply have to have their initial UK theatrical release in 2014. Makes perfect sense to me, as it means I would have seen these films in 2014 no matter when they were released in other countries.

10. The Wolf of Wall Street

Though this may be one of two entries in my chart that I expect would have appeared in many peoples ‘best of 2013’ lists, it was released on 17/01/2014 over here and so therefore is a 2014 release. Marty and Leo’s best film together yet maybe slightly too long at 180 minutes, but due to the permanently high energy levels feels far, far shorter. With Leo’s highly charismatic lead performance keeping everything together, The Wolf of Wall Street is an uproarious and often riotously funny film from start to finish.

Yes, it is yet another vampire film, but a good one. In fact; a very good one. Jim Jarmusch’s tale of two immortal lovers (Tom Hiddleston and Tilda Swinton) who have seen all the changes that have taken place in the last few centuries and refer to humans as ‘zombies’ is an entrancing and intelligent film. Beautifully shot, impeccably acted and written with a plethora of various cultural references; Jarmusch uses the concept of immortals living in our world to maximum and often very comic effect.

Despite being 85 minutes of Tom Hardy having various phone conversations while driving his BMW on England’s motorways, writer/ director Steven Knight’s film is one of the year’s most gripping and atmospheric dramas. Knight proves that sometimes to produce gripping drama all you need is great dialogue and an exceptional leading performance, and that is exactly what we get. Though some would argue little happens, in the context of our leading character’s life a lot happens as he has to juggle phone calls and make decisions that will cause deep and irreversible tectonic shifts in his life, and it makes for gripping and deeply involving viewing from start to finish.

7. Norte, the end of History

Lav Diaz’s 250 minute opus is a contemporary retelling of Dostoyevsky’s Crime and Punishment and is both a deeply involving meditation of the human condition and an allegorical examination of modern Filipino society. A film that is grand in ambition and themes, but yet at the same time watching it is very personal experience; The running time may put off some, but the fully justified running time allows Diaz to methodically create a deep and haunting cinematic experience to get deep into your subconscious.

Pawel Pawlikowski’s film about a nun who embarks on a journey of discovery about her family history after being ordered to meet her one living relative is a haunting and intimate drama. Beautifully shot in and black and white and only 82 minutes long, Pawlikowski’s understated approach treats the viewer with the utmost intelligence as it explores its abundance of themes and is all the more rewarding for it.

Released on 10/01/2014 in the UK so therefore qualifies for this list; Steve McQueen’s film deservedly took plenty of gongs during awards season for how it was made and the phenomenal performances. 12 Years a Slave takes what is a very difficult and harrowing story and tells it with respect and integrity to create an unforgettable drama. 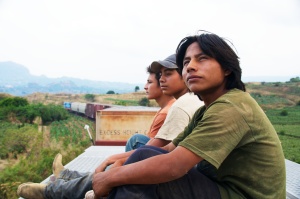 This story of Guatemalan citizens embarking on a perilous journey through Mexico to seek a better life in the United States is a pure blast of raw emotion; though the narrative is a fictional tale, it was made after interviewing people who embark on the same journey and is put together by director Diego Quemada-Díez in an almost documentary style. It is this approach which gives the film a very matter-of-fact depiction of some tragic and heartbreaking developments, the protagonists are simply not allowed the chance to comprehend what they experience and witness at times, and so neither is the audience. The Golden Dream is a human drama made with total integrity that grips from start to finish and haunts the memory of the viewer long after finishing.

3. Maps to the Stars

So maybe we do not need yet another film that tells us just how horrible and nasty the wealthy of tinsel town are, but if it happens to be directed by David Cronenberg, then there certainly is room for one more! Maps to the Stars is a dark, sinister but also intoxicating film featuring characters that are all despicably vile in their own way, but yet nothing less than compelling and it has be said that unfortunately they all have certain qualities that make them quite relatable at times. The superb performances, deeply intelligent and often scathing writing, Cronenberg’s direction and Howard Shore’s often hypnotic score all help to create a subtly sinister atmosphere and a dark masterpiece. 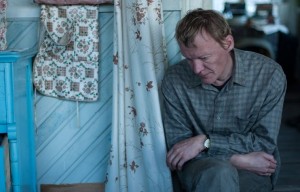 Russian director Andrey Zvyagintsev has a tendency to make films that are perhaps not the most uplifting, but what he does do is produce very human dramas featuring relatable and familiar themes that make for compelling, sometimes devastating and always unforgettable viewing. Leviathan tells the story of a family man who along with his childhood friend and Moscow lawyer Dmitriy attempt to take on a corrupt local politician. What unfolds is a compelling and often bleak drama examining both the power of politics and religion and its place within society as well as more personal subject such as friendship, family and loyalty. Leviathan is a deeply intelligent, insightful and thought provoking drama that tightly grips from start to finish and refuses to let go.

Turkish director Nuri Bilge Ceylan has always created engaging dramas examining aspects of the human condition, and his 196 minute Palme d’Or winner is his best film yet, even surpassing the near perfect Once Upon a Time in Anatolia. The story simply focuses on a wealthy former actor who owns a hotel in a remote region of Turkey in which he lives with his wife and his sister. With a narrative that predominantly features long and increasingly intense conversations between two of the narrative’s characters, Winter Sleep is a deeply captivating and unforgettable drama that examines with intelligence and poignancy so many themes and ideas that resonate long in the mind of the viewer after the film has finished. Winter Sleep is cinema at its most observant, intelligent, poignant and also personal, and is quite simply a modern masterpiece.