Maybe I am just getting more cynical and harder to please as I get older, but it seems there are more and more atrocious films coming out. Well, in 2014 there have been some quite appalling films and it has taken a goliath effort to whittle it down to a definitive worst 10 of the year.

There is however not a direct correlation between the order these films appear in this list and the mark I gave them out of 10 when reviewing them; there is a science behind this order that only my slightly warped mind can understand. Basically it involves more than just how bad the film is in isolation, it also take into consideration a certain level of context such as how well the film did at the box office, the potential a film had to be better than it was and if it was irritatingly bad or just boring.

I haven’t even seen films like Sex Tape or Hector and the Search for Happiness (which look destined to be awful from the their trailers) while atrocious films such as Let’s Be Cops, A Walk among the Tombstones, Tammy, Need for Speed, 3 Days to kill, That Awkward Moment and I, Frankenstein didn’t even make this list; Goes to show that there have been some truly horrendous films this year!

A film that is so bad it surely has to be a parody! Apparently there was quite a dispute between director Olivier Dahan and producer Harvey Weinstein over the final cut of the film. Well maybe there are the remnants of a masterpiece sitting on some cutting room floor somewhere, but the cut released is truly an abomination and does feel a little stuck together as it lacks, among many other things, coherent storytelling. Dahan makes clear that Grace of Monaco is not intended as a biopic. That is absolutely fine; however a laughable script and an array of pantomime performances are not quite so much.

No annual worst films of the year countdown would be complete without an Adam Sandler film, and his latest crime against cinema is just as cynical and vile as the rest of his recent output. Sandler seems more than content to produce films that have a narrative and script full to the brim of contrivances and clichés, extremely cheap ‘comedy’ and deeply cynical attempts at emotion. Sandler’s films are just an insult to the intelligence of film fans as they are made with no integrity, and he needs to be stopped! 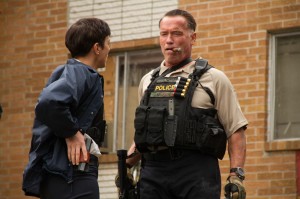 The combination of David Ayer and Arnold Schwarzenegger was never going to be the most profound of films, but the results are as truly shocking as the names of the characters are stupid. Sabotage is a genuinely nasty film, and not in a good way. Every character is deeply unlikeable (not helped by an array of terrible performances) and the extensive dialogue very poorly written, especially attempts to give Arnie’s character a ‘tragic’ back story. Sabotage is a truly laborious viewing experience and a reminder to Arnie that she should stay doing silly actioners.

Of course, what we all need is yet another buddy movie! Admittedly buddy movies with a combination of action and comedy are always most welcome, but only if they are actually any good! Ride Along is considerably lacking in both those areas with the basis of humour being Kevin Hart screeching and Ice Cube looking like he is in a coma. The script is flat and lazy while the supposed ‘action’ is plain dull. Even Laurence Fishburne looks embarrassed to be there. The even more depressing thing is that Ride Along made a fair profit and so a sequel is in the pipeline.

6. The Legend of Hercules

One year and two Hercules (Heracles) films; while Bret Ratner and Dwayne Johnson’s effort is a riotous romp, Renny Harlin and Kellan Lutz’s effort iss embarrassingly dull and does not even qualify for ‘so bad it is good’ status. No, The Legend of Hercules is just plain bad. Really, really bad. Renny Harlin is not known for making great films, but with $70million at his disposal he should have done a decent job, but yet the ‘action’ (in glorious 3D) is appalling and CGI even worse and it makes Uwe Boll look like David Lean. The god awful dialogue and extremely wooden performances make for a true sword and sandals snore-fest.

5. A Million Ways to Die in the West

Once again Seth MacFarlane brings his tired humour to our big screens and it truly makes for horrendous viewing. MacFarlane’s demonstration of total hubris means he just embarrasses himself for 116 painful minutes. MacFarlane has no concept of feature length narratives (or indeed editing) and AMWTDITW is just a series of unfunny sketches that often resort to lowest grade toilet humour badly held together by a wafer thin narrative and clunky dialogue. As for MacFarlane’s first physical leading man performance; as wooden as a tree and just as stiff, but with far less charisma and presence than an actual tree.

4. Pudsey the Dog: The Movie

Ignoring the fact that this film has the canine winner of TV talent competition as the star of his own film and the deeply cynical and opportunist marketing, in concept alone this could have worked. As I stated in my review of this grotty tripe that there have been plenty of decent family films with animal protagonists and Pudsey the Dog: The Movie could easily have been a welcome addition. However not only is this a hideous film made with deep cynicism, but also total laziness and a lack of respect for the audience; the script and story are lazy, the humour embarrassing and the performances shameful. Poor Pudsey; punished for being a good dancer by starring in this total abomination!

Mrs. Brown’s Boys is (for reasons beyond my comprehension) an extremely popular TV series here in Blighty, and so a film was always on the cards. Well, predictably it is appalling but even more predictably (depressingly so) it has made a fair bit of money. D’Movie is actually less abrasive than the TV series, instead just a dull, boring and humourless 95 minutes showing a cast truly out of their depth.

Hailed as a return to form for Luc Besson, and to make matters worse a huge box office success; Lucy was quite simply one of the longest 88 minutes of my life. Silly science and plot holes I can forgive if a film is fun with slick action, but Lucy is a hideous film that is completely up its own backside. It’s painfully stupid plot undermines any sense of character involvement or indeed any sense of danger, as well allowing some extremely lazy writing that is very jarring to watch. Luc Besson has made some great films in the past, but now he needs to be stopped! 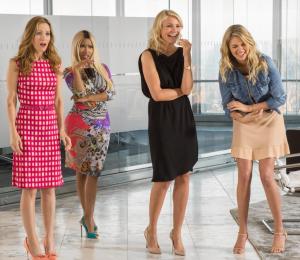 I have known many films to be hideously vile, but not quite as pure evil as The Other Woman. This is a film that pretty much sums up so much of the deep cynicism behind so many mainstream films these days. Every character is painfully clichéd and this film’s character depictions are insulting to both genders, and indeed anyone with a brain. The vile ‘humour’ is essentially Leslie Mann and Cameron Diaz’s hyperactive screeching, Kate Upton’s hideously clichéd and supposedly dense character saying stupid things and Nikolaj Coster-Waldau taking a few too many laxatives. I would expect nothing less from Diaz and Mann, but Coster-Waldau should know better. The Other Woman is a horrible, painful and depressing viewing experience.