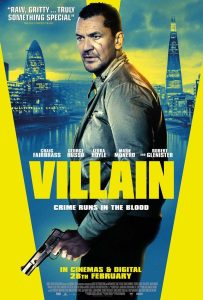 After being released from prison Eddie Franks (Fairbrass) vows to put his life back on track, however when he is forced to help his brother (Russo) clear a debt that he owes a to a ruthless drug lord (Glenister), Eddie is forced to go back to the criminal way of life that he vowed to leave behind, with devastating consequences.

Ever since asking Sly Stallone if he liked soccer (though a character that is supposed to be so stereotypically English would never refer to it with that word!) in Cliffhanger it is fair to say that Craig Fairbrass has found himself rather typecast, but for the last couple of decades has taken advantage of his natural physical attributes and charisma to almost become one of the first names on the list if a casting director is after someone to play a henchman in a British gangster film.

I think we can all agree that so many of the films that Fairbrass has turned up in have been rather terrible, and though admittedly the plot to Villain is extremely generic, there is however actually something surprisingly more mature and bleak about this film than a lot of the rubbish that Fairbrass has turned up in, and though Villain is by no means any kind of genre defining masterpiece, it is a surprisingly cathartic, and dare I say it – moving – viewing experience.

Craig Fairbrass is certainly not getting any younger, and he does seem to be picking roles that reflect his age, and this does actually perfectly suit his character in Villain. However, though his character is admittedly quite simplistic, it does perfectly suit Fairbrass’s ‘skillset’ as an actor and thanks to the way the storyline is told we cannot help but actually care about his protagonist, as he is actually a decent man trying to do the right thing, but thanks to circumstances out of his control is forced to do some very bad things. His motivations for doing these things are also justified, as it is down to a loyalty to his brother, even if there are genre clichés aplenty. 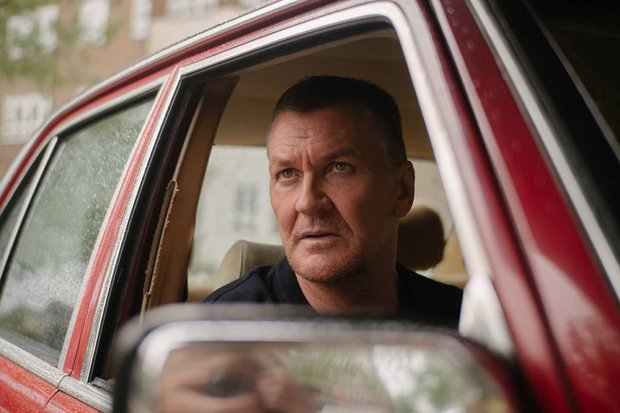 What ensues is a surprisingly sombre narrative where the outbursts of violence are appropriately brutal, but faced with the appropriate consequences, while then what ensues in the film’s final third does actually contain some genuine surprises (at least within the context of a film starring Craig Fairbrass) and I will of course refrain from giving too much away, but it actually makes for a surprisingly memorable and mature film that has some genuinely gripping moments. Outlaw is certainly by no means any kind of masterpiece but is one of the superior entries of a heavily oversupplied genre.

Though certainly not a masterpiece, Villain proves to be one of the better recent films of Craig Fairbrass’s erm, consistent career, and is a surprisingly engaging and mature drama.