2016 IN REVIEW: ALL THE FILMS I SAW BUT DIDN’T REVIEW – SUMMED UP IN ONE SENTENCE 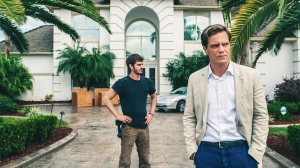 Of course, as with most of us who write film reviews solely as hobby, it is impossible to see every film that comes out over the course of a year. However, while I attempt to see as many films as possible and fit this around daily life, I also find it equally impossible to review every film I watch. This is usually because I do not have the time, or in some cases struggle to actually find that much to say about a film.

Well, in the order of worst to best, here is the complete list of every new release I have seen in 2016, a one-sentence review and a mark out of 10.

Please note: some of these films had a UK cinematic release date 2015, but I could not watch them until their actual retail release, which was during 2016.

Hideously unfunny and utterly pointless – one of the worst films of 2016.

A cinematic pantomime of the very worst kind; laughably over the top and embarrassingly stupid.

Not as bad as I expected; starts off very bad, but actually gets better and generates a few laughs as it goes along.

Pure style over substance; the style is admittedly wonderful to look at, but the substance (and indeed actual plot) are almost non-existent.

The title says it all.

A very strange film; Schwarzenegger’s attempts at acting are admirable, but he fails to convince, and the material itself just does not capitalise on the potential of its initial idea.

A bizarre comedy that does have the occasional laugh, but its talented cast cannot elevate what is rather lacklustre material.

A typical straight to DVD low budget British action thriller – but one of the better ones.

Produces a few chuckles, but is way too predictable, and neither as funny nor as emotionally engaging as it should be, and is a real waste of the talented cast.

An unnecessarily dark film with some initial ideas that have potential, but this potential is never realised.

Even sillier than the first one, but also less enjoyable – and do we really need two Woody Harrelsons?!?

THE LEGEND OF TARZAN

Just about watchable, but a painfully predictable, contrived and therefore rather uninvolving story – with Samuel L. Jackson being very much at the mercy of the narrative’s convenient contrivances.

Yet another just about watchable but highly forgettable chapter of the franchise – but at least it is consistent!

Another typical Nicholas Cage straight to DVD middle-of-the-road thriller – but one of his better ones.

A unique and interesting documentary, but it lacks any real conviction of any actual argument.

ALICE THROUGH THE LOOKING GLASS

A bizarre hybrid of a film that is just about watchable, but it seems to have no idea what it wants to be.

An interesting and unique documentary, but also a little too self-indulgent.

Made and acted with obvious passion by Don Cheadle, and certainly an enjoyable watch, but very ill disciplined and highly forgettable.

Enjoyable enough, but as daft as the title suggests.

A typical mainstream comedy; a series of hit and miss sketches held together by a wafer-thin narrative, but the chemistry between the two leads often elevates the lacklustre and predictable material.

An enjoyable and at times quite funny film, if a little too silly at times, as well as being predictable and forgettable

A WALK IN THE WOODS

THE MAZE RUNNER: THE SCORCH TRIALS

A lot sillier than the first film and therefore not as good, but still an enjoyable watch and is still better than The Hunger Games! 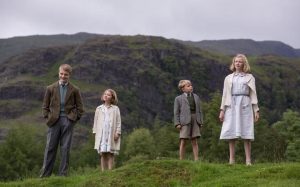 A thoroughly enjoyable old fashioned yarn, but a bit too light for it to be truly engaging or memorable.

A well-made and acted biopic of a very interesting central character, but way too generic.

A unique and very interesting film that explores some very pertinent and topical ideas.

A highly enjoyable remake that thankfully has enough of the spirit of its source material to work.

An interesting and well-made film with a great central performance by Ben Foster, but seems to struggle to fill its running time.

A well-acted drama that examines some pertinent themes and ideas, but it just does not go far enough.

Ryan Reynolds and Ben Mendelsohn share great on-screen chemistry that elevates what is otherwise a very generic and predictable film.

A very well made and acted biopic that is highly watchable – but it is a slightly too generic narrative-by-numbers Oscar bait film.

An unflinching and tense film that, despite the occasional lull, grips from start to finish.

Though certainly not up there with Disney or Pixar’s best, it still has enough genuine heart to be engaging and at times quite moving – and it is better than Inside Out!

An engaging and often very moving drama, all held together by a superb central performance by Saoirse Ronan. 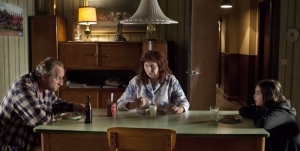 A very unique and often hilarious black comedy, but it is let down by its lacklustre ending.

A gripping drama made with raw passion.

A raw, unflinching and powerful retelling of a true story, with a great central performance.

A touching and moving film, all head together by a wonderfully understated performance by Tim Roth.

A genuinely gripping thriller that explores some very pertinent and topical themes – all held together by two exceptional leading performances from Andrew Garfield and Michael Shannon.

A genuinely gripping thriller that is expertly put together.

A unique, haunting and engrossing film that is rich in nightmarish atmosphere.

An extremely passionate and (semi) opened minded film reviewer, with a hint of snobbish.
View all posts by MoodyB →
This entry was posted in All Film Reviews, Films to Avoid, The Best of 2016 and tagged drama, entertainment, film, film review, hollywood, movie review, world cinema. Bookmark the permalink.

3 Responses to 2016 IN REVIEW: ALL THE FILMS I SAW BUT DIDN’T REVIEW – SUMMED UP IN ONE SENTENCE